Posted 11 months ago Less than a minute to read

Want to book a place..? Click here to find out about availability...

For the actual content of the classes, I decided that Super Heroes might be a good start point, so I initially created Mr Teeth here. Of course it wouldn't proper to have a super hero without a super heroine, so I also created a female version. I didn't want to swamp the kids with too much chatter about body shapes, poses, facial expressions etc. So I thought I'd introduce them one set at a time. The hero pose and corresponding accoutrements was a good place to start, and lent itself well to some follow up sessions - on Super Villains, Sidekicks, Evil Lairs, Alter-egos etc. etc. 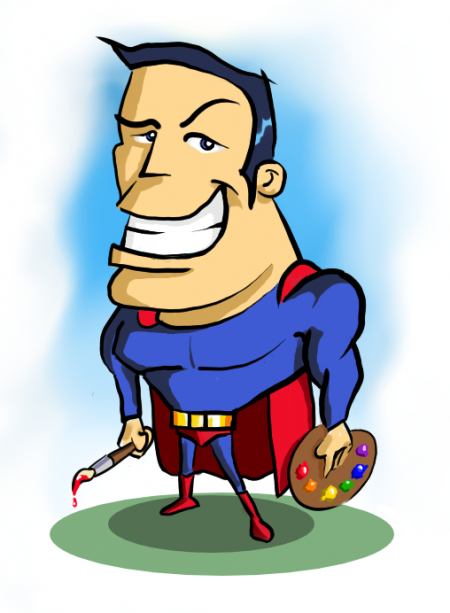 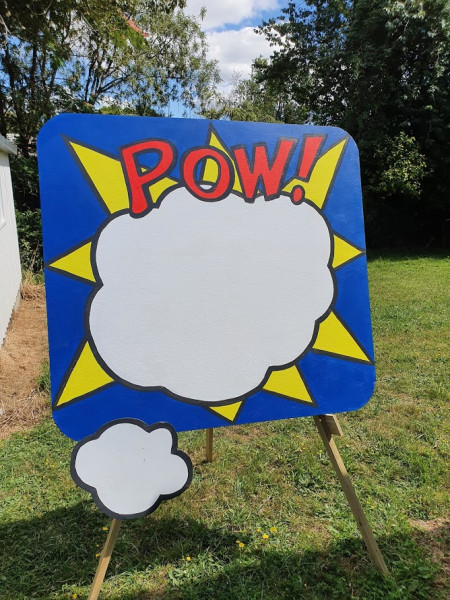 I thought hard about how to structure the kids cartoon club sessions. To practice, I sketched faces and figures on a small whiteboard that I have in my home office, and I thought that it might be a good idea to extend this idea to the club. I started by making myself a large whiteboard with a cartoon theme, with what better than an explosive think bubble?

Originally, I had planned to cut out the spikes of the explosion, but I decided against this as I figured that they would be weak and prone to snapping. I needed something robust, so I opted for just rounding off the corners for now.

Unfortunately, for the first of the courses, I'd been too busy on a multitude of other projects so hadn't had the opportunity to complete the board. It was painted, but needed sanding to a super smooth finish for the whiteboard coating to be effective. To tide me over, I purchased some big drawing pads and used those instead. The wind was relatively kind, although the paper did blow about somewhat.

If you'd like to book a place for your tiny terrors, click here to find out about availability... 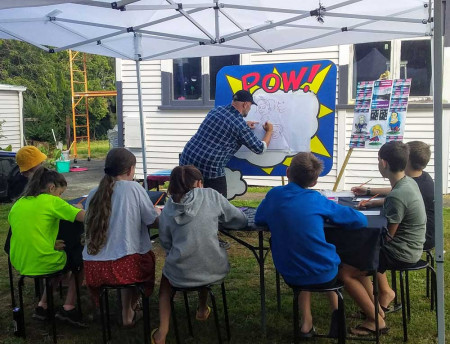 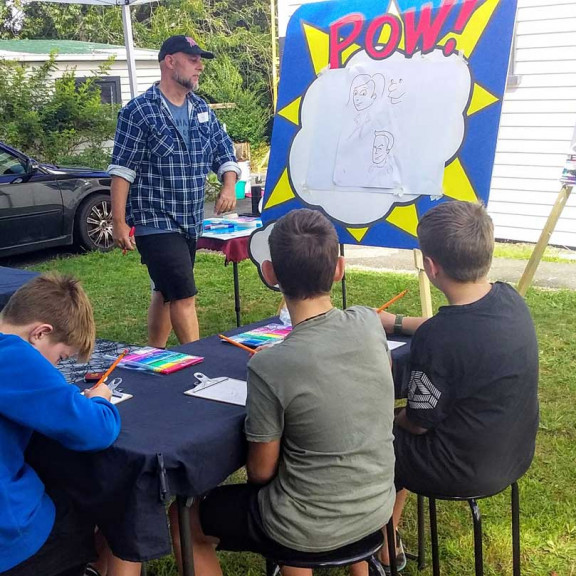 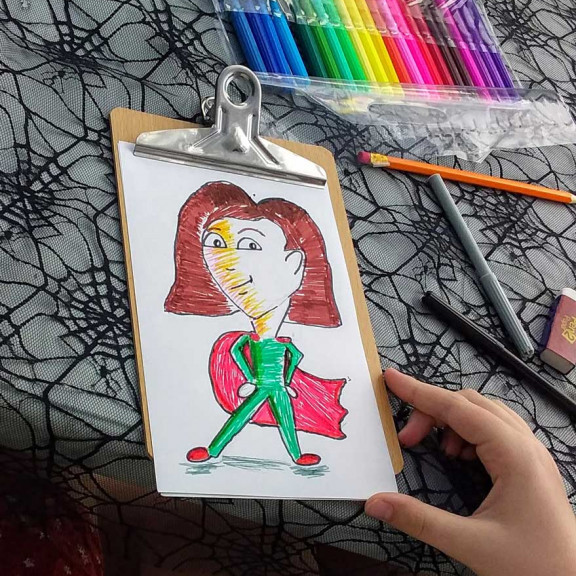 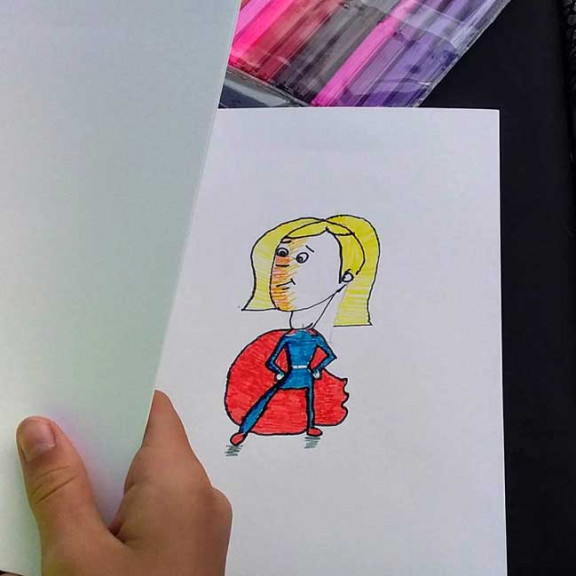 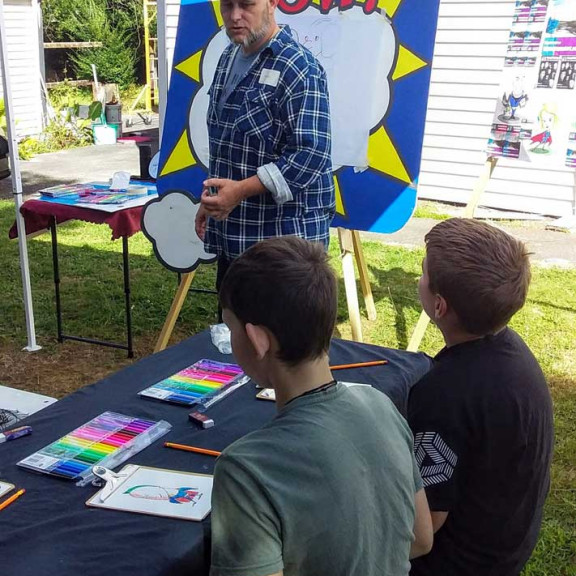 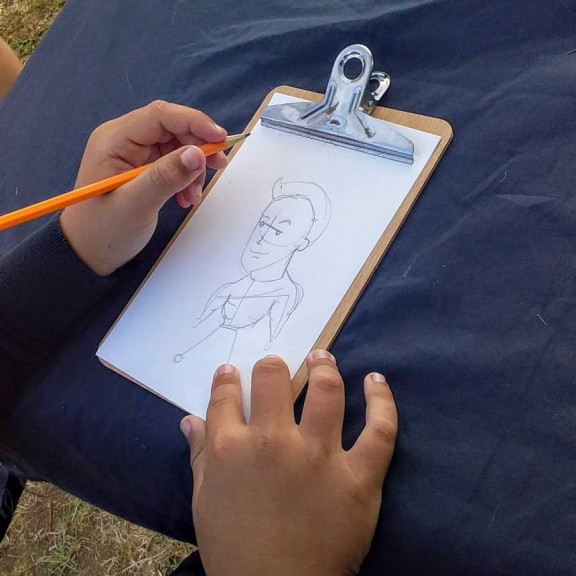 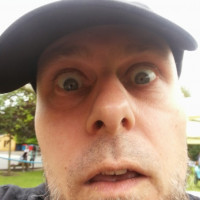 Mark has been drawing and painting since the late 1800s and has exhibited work in galleries and venues around the UK.